Boost your network security with Pi-Hole

Boost your network security with Pi-Hole

On March 27, 2018, Posted by James Franklin , In Security, By dns,filtering,network security,pi-hole,projects,raspberry pi , With No Comments 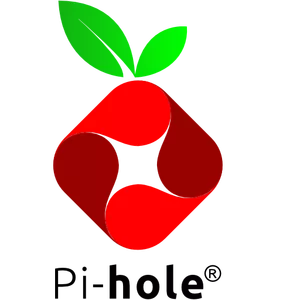 Wouldn’t it be nice if there was an easy way to block known bad websites and threats across the whole of your network without the need for expensive software packages install on every device?

Pi-Hole is an open-source DNS based filtering solution focused on blocking ads and malicious domains before your devices can even connect to them.

Unlike reverse proxies and networking filtering appliances, Pi-Hole does not route all traffic through the device potentially impacting performance, but rather acts as a local DNS server filtering requests through the use of configurable black and white lists which are regularly updated.

Not only does Pi-Hole dramatically improve the security for every device on the network regardless of operating system, it also increases performance by caching common DNS entries and blocking unneeded advertisements decreasing websites loading times.

Thanks to countless hours of tireless work by its developers you don’t need to be a Linux guru to manage it. Pi-Hole’s web interface is modern and intuitive which most users will be able to master in minutes.

Implementation of Pi-Hole based filtering solution is straightforward and can be run on either a Raspberry pi or Linux based VM. The Pi-Hole appliance is then set as the primary DNS server through your existing DHCP server (often on the router) or assigned statically.

In cases where there is already a DNS server on the network such as a domain controller, Pi-Hole can be used to populate it. High-availability can be achieved by using a second PI-Hole appliance set as the secondary DNS or using root hints.

Pi-Holes DNS approach to filtering while very effective can be circumvented and does not provide active protection against network threats. As with any signature or blocklist based filtering solution, it can only protect you against known threats and is always one step behind the ever growing number of attackers.

Nevertheless Pi-Hole is a great way to quickly improve the security of your home and business networks still reliant on public unfiltered DNS servers.

Think this could work for you or have any questions, We’d love to Chat